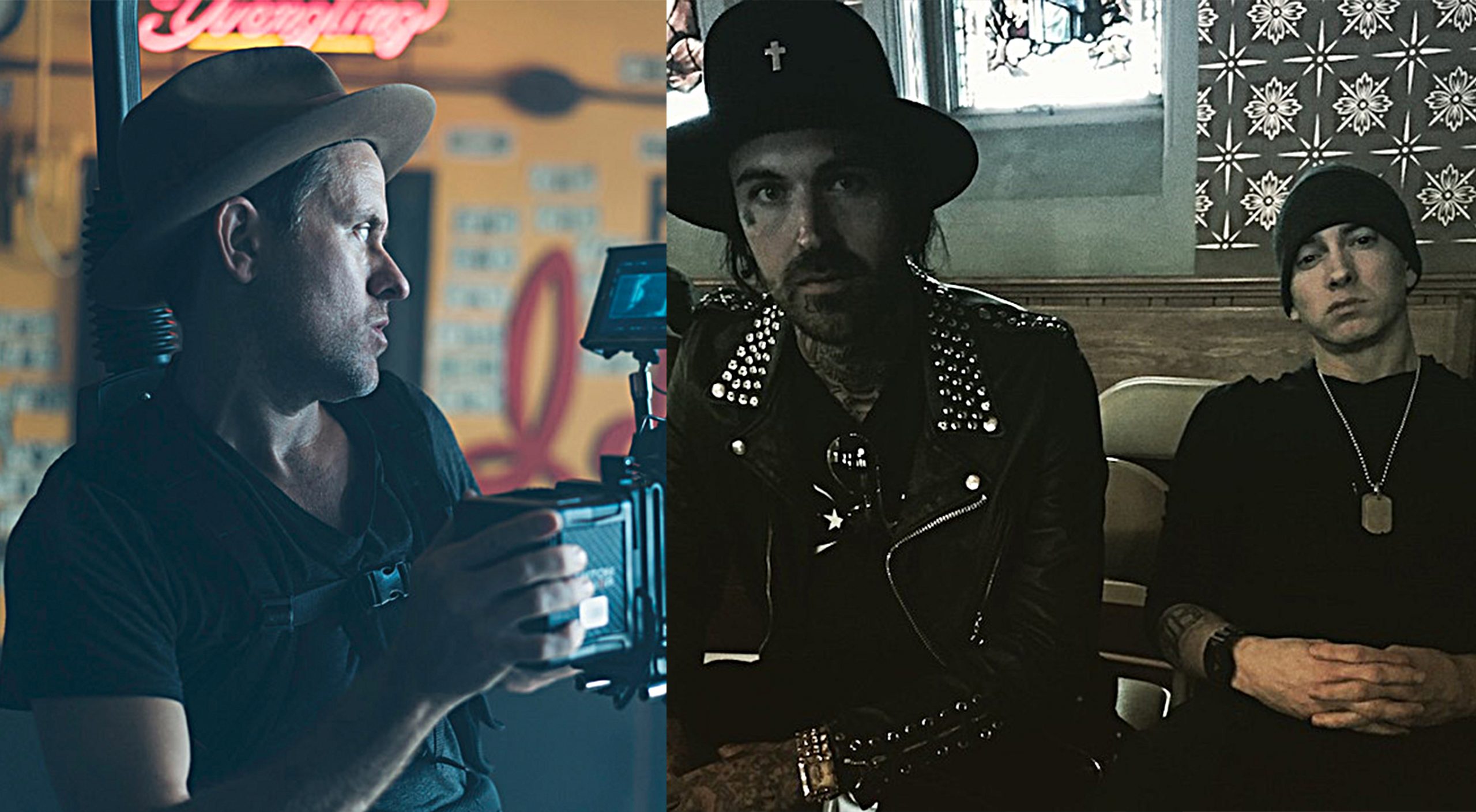 At the age of 18, Ryan Smith aka ‘Spidey’ moved to Los Angeles with $280 and a gas-guzzling Jeep with no roof or doors to his name. His dream of becoming a music video director was quickly realized when he commissioned his first video for multi-platinum selling artist Bone Thugs N’ Harmony. Since then, he has directed more than 150 music videos, and has worked with superstars across all genres of music such as Eminem, Duran Duran, Good Charlotte, Xzibit, Gavin DeGraw, 3 Doors Down, Shinedown and Cyprus Hill, to name a few.

Spidey Smith has also directed Yelawolf’s music video of “Best Friend,” featuring Eminem from the “Love Story” album. Yesterday, Spidey dedicated an Instagram post to the day of shooting the video and revealed something that we never heard before.

Spidey tells the story: “This was my second time working with Eminem !! The first time directing him I was 22 years old… Young and naive to say the least. Simply stoked to have him in front of my lens. This go around I was 40 and a hell of a lot more seasoned..

As a director it’s extremely important to check in with the artist periodically while capturing their performances to gauge their feelings about how they are seeing themselves on the playback monitor. Midway through Em’s church performance, he and I were chatting about his shots ..

Me: “Em how you feeling about what you’re seeing ?

Em extremely serious and straight faced in front of everyone: “I don’t know man.. I’m just not feeling it. It’s probably me.. I don’t know… Maybe I’m off or something. I wish I knew what to tell you.”

This went back and forth for what seemed like eternity but in actuality was 2 or 3 minutes. I was beginning to sweat but contained my sudden panic.

Me: “I think I know what you are needing. Let me fix .. (I really had no clue… I just wanted to remove myself to think quickly and clearly haha)..

As I began to walk back to set to sort out anything I could think of, Em yells, “Yo Spidey ! Haha I’m just f**kin’ with you ! I love everything haha! “

Shortly after Paul Rosenberg whispers at me and says, “ that’s how ya know Em likes you !”

I’ve never felt more relief while on set than that moment !”