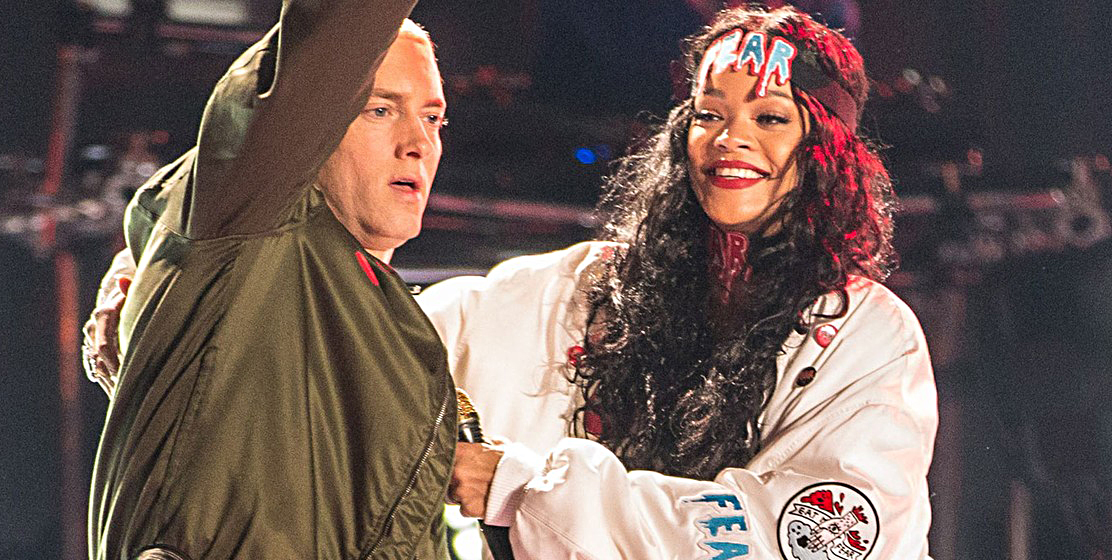 Yesterday, Eminem made appearance on his SiriusXM’s Shade 45 radio channel to promote his newly released deluxe edition of Music To Be Murdered By: Side B.

In an interview, Eminem opened up about Rihanna lyrics on “Things Get Worse” (2009) where Em used some sharp words towards Riri and “Zeus” (2020), where he apologized to her.

“Honest to God, I told Paul this when it first happened. First, I do not know how somebody got it. Second of all, I have zero recollection of even remembering doing that verse. Like, the rhyme schemes did not even sound familiar to me, so I was caught off-guard. It was most likely recorded during the early stages of working on Relapse album.”

“I’m not making excuses for it. I said it, and I was wrong for saying it. It was f**king stupid.” says Eminem. After that, Eminem continues talking about Snoop Dogg.