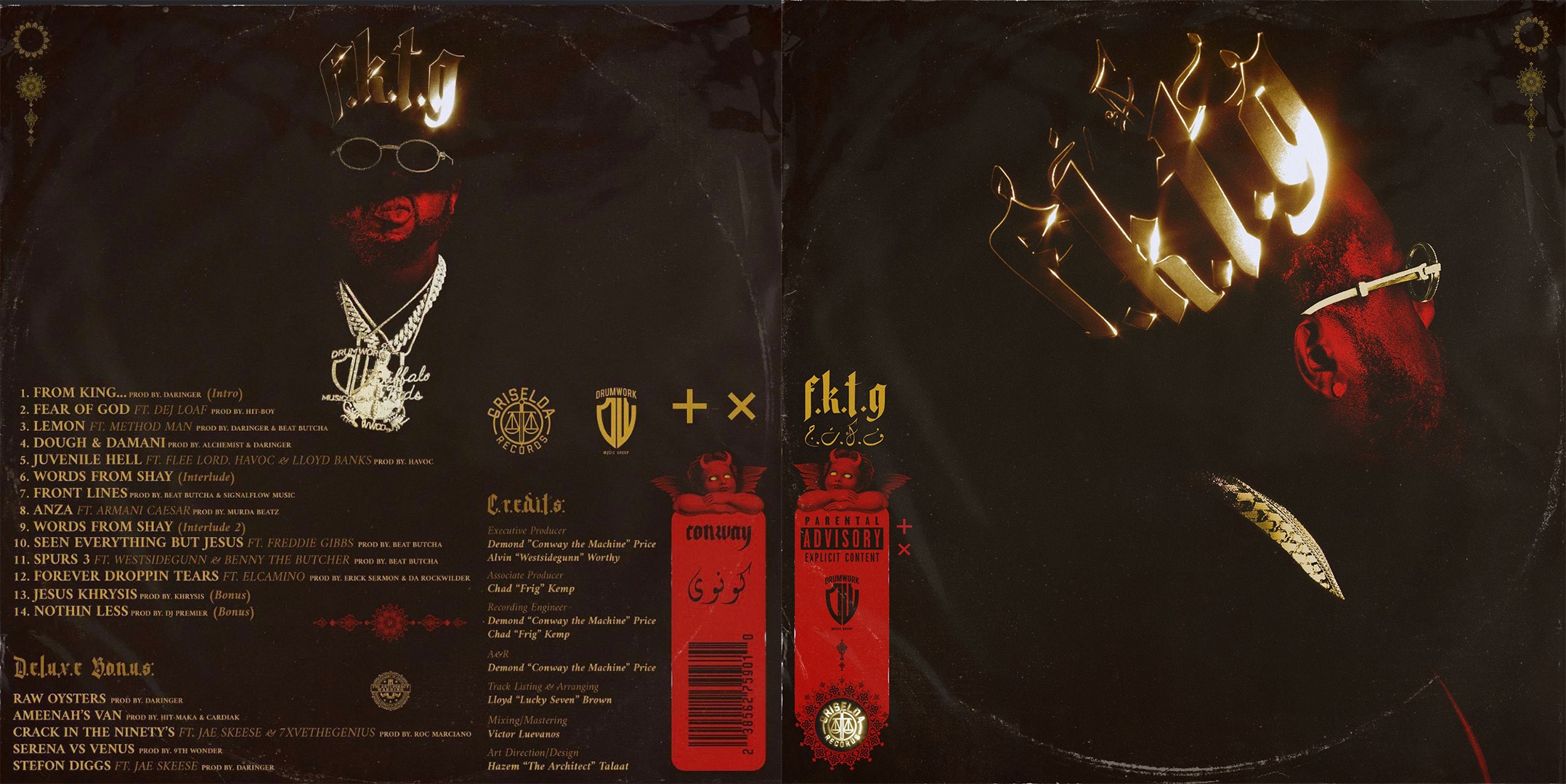 Griselda’s Conway The Machine releases the deluxe version of his latest full-length LP, From King To A GOD.

The 19-track project includes 5 brand new tracks. Out of which 3 songs are solo cuts: “Raw Oysters,” “Ameenah’s Van” and “Serena Vs Venus,” other 2 features appearances from his Drumwork Label artists Jae Skeese and 7xvethegenius on “Stefon Diggs” and “Crack in the Ninety’s” respectively.

The original release From King To A GOD features guest appearances from Westside Gunn and Benny The Butcher on “Spurs 3,” Method Man, The Alchemist and Daringer on “Lemon,” Freddie Gibbs on “Seen Everything But Jesus,” and Hit-Boy on “Fear of GOD.”

“Typically, when I create an album, I tend to focus on being the best rapper and having the best bars. With From King To A GOD, I wanted to show growth; how much I have grown as an artist and how much I have grown as a man. I wanted to showcase versatility and show people that I am not a one trick pony. I feel like this album is not only arguably one of my best albums ever, but it is also the perfect appetizer to get my fans ready for my Shady Records debut God Don’t Make Mistakes.”

Conway The Machine’s Shady Records debut album “God Don’t Make Mistakes” drops somewhere on top of the next year, meanwhile, enjoy the deluxe version of From King To A GOD. below: