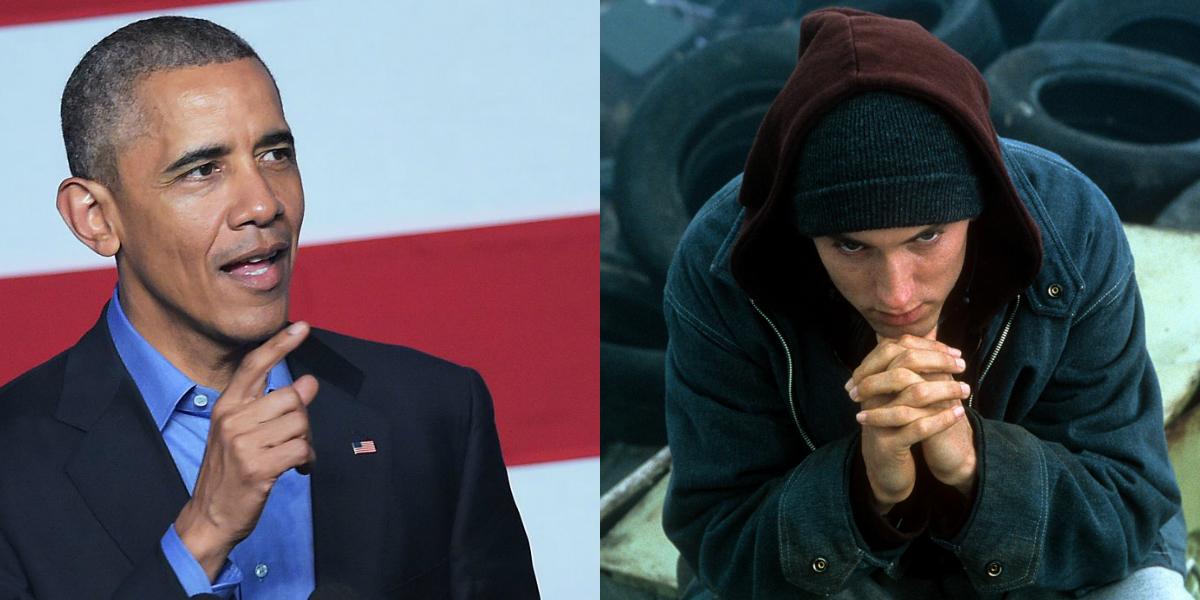 Couple of days ago, Barack Obama released a new book, titled “A Promised Land,” where the former president of the United States explains how he relates to Eminem’s Oscar-winning song “Lose Yourself” and Jay Z’s “My First Song.” You can read the chapter below:

“Ultimately it was rap that got my head in the right place, two songs especially: Jay Z’s “My 1st Song” and Eminem’s ‘Lose Yourself.” Both were about defying odds and putting it all on the line (“Look, if you had one shot or one opportunity, to seize everything you ever wanted in one moment, would capture it? Or just let it slip…”); how it felt to spin something out of nothing; getting by on wit, hustle, and fear disguised as bravado. The lyrics felt tailored to my early underdog status. And as I set alone in the back of the Secret Service van on the way to a debate site, in my crisp uniform and dimpled tie, I’d nod my head to the beat of those songs, feeling a whiff of private rebellion, a connection to something gritter and more real than all the fuss and deference that now surrounded me. It was a way to cut through the artifice and remember who I was.”

I took photos of Barack Obama’s book A Promised Land where Eminem is mentioned.

He had a ritual before debates. Part of it was listening to Jay-Z & Eminem.

He quotes lyrics from Lose Yourself by Eminem & explains how they connected with him. pic.twitter.com/rR1UiYTmI7

One day before the release of the book, Barack Obama shared the playlist of the songs that he was listening during his presidency. You can check out the playlist here.