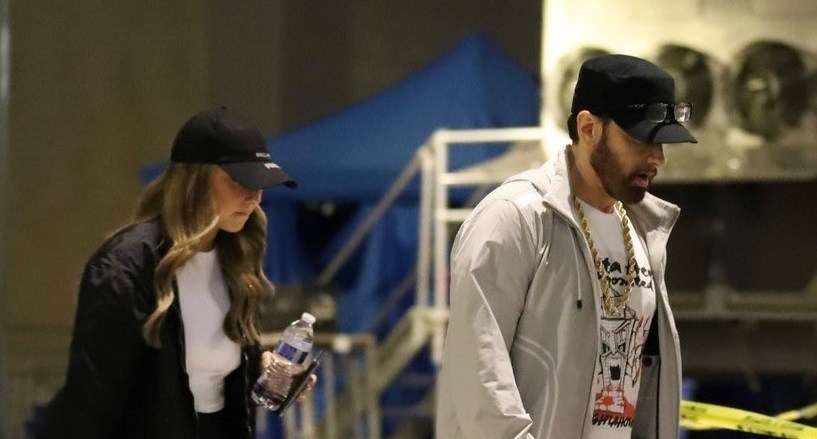 Eminem will be part of the Rock & Roll Hall Of Fame’s class of 2022, inducted today, at the Microsoft Theater in Los Angeles. He will join the other performer inductees that night, including Pat Benatar and Neil Giraldo, Duran Duran, Eurythmics, Dolly Parton, Lionel Richie and Carly Simon.

Slim Shady will become part of the Hall’s hip-hop corps that also includes legendary acts like Eminem-inducted Run-D.M.C., LL Cool J, whom he performed with during last year’s ceremony, The Notorious B.I.G., N.W.A, Public Enemy, Tupac Shakur and Jay-Z, the iconic rappers who influenced one of the greatest rappers in history.

In doing so, he also becomes part of the ongoing discussion about whether rappers belong in the Rock Hall.

“It’s an odd sort of thing, sure. It’s something that I think a lot of people are struggling with, especially as time goes on because the face of music has changed a lot, and it continues to evolve. If it were just strictly rock n’ roll by traditional standards I think they would be hard-pressed to find enough people to induct 10, 15, 20 years from now. So I think they have to change with the times and not bend their beliefs but change their way of thinking a bit. I think the fact that they have inducted people like LL and Run-D.M.C. is great. I think Em would like to see a lot more rappers get recognized in the same fashion.” said Eminem’s manager and long time friend, Paul Rosenberg.

Eminem and his daughter Hailie have just arrived at Microsoft Theater. You can check the pictures below:

Are those glasses I see on Em’s hat? Omg 😭 pic.twitter.com/PGdEC3tPDR

.@Eminem and Hailie Jade at last night’s rehearsals for the Rock and Roll Hall of Fame ceremony. pic.twitter.com/pA3OBOIlMi