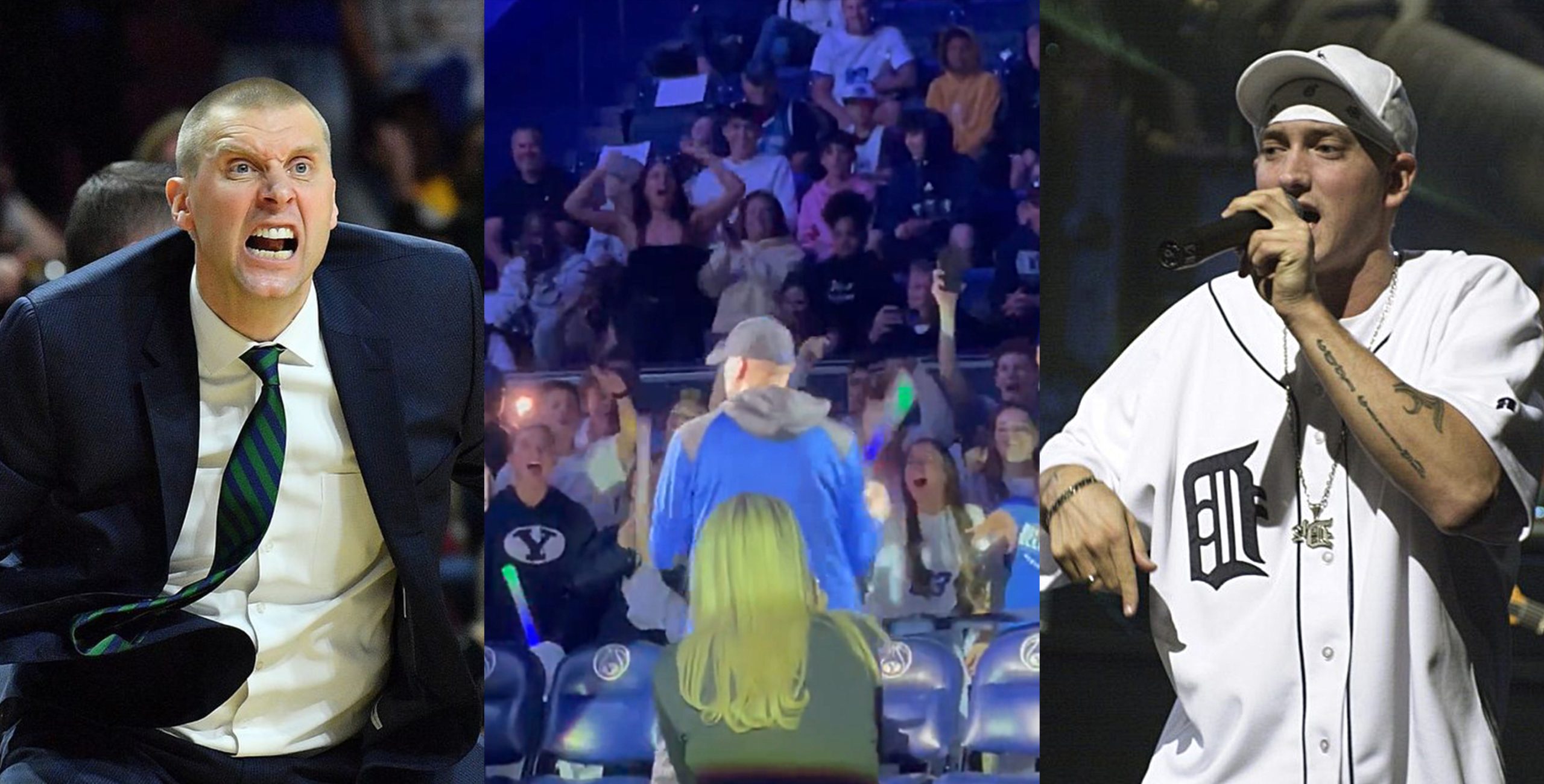 Mark Edward Pope, who is basketball coach and former player who is the nineteenth and current head coach of Brigham Young University’s (BYU) men’s basketball team, has left the crowed stunned as he rapped “Lose Yourself” before the match.

Mark Pope played college basketball for the Kentucky Wildcats, where he was part of a the Wildcats 1996 championship team, and the Washington Huskies, where he was the Pac-10 Freshman of the Year. He later played professionally in the NBA for the Indiana Pacers, Milwaukee Bucks and Denver Nuggets.

“Lose Yourself” is song composed and produced by Eminem with Jeff Bass and Luis Resto. It was released on October 28, 2002 as the lead single from the 8 Mile soundtracks album.

The song was a huge commercial success, becoming Eminem’s first US Billboard Hot 100 No. 1 single and remaining there for 12 consecutive weeks.

It received acclaim from music critics, with many critics praising the song’s inspiring, aggressive themes and describing it as Eminem’s best work to date.

In 2004, “Lose Yourself” was one of only three hip-hop songs from the 21st century to be included on Rolling Stone’s list of the 500 Greatest Songs of All Time.

The song is certified Diamond by the Recording Industry Association of America (RIAA) for selling more than 13 million units in the United States alone.

You can watch Mark Pope performing the legendary song below:

Mark Pope is rapping Eminem. This is not a drill pic.twitter.com/KyokXDMRLr