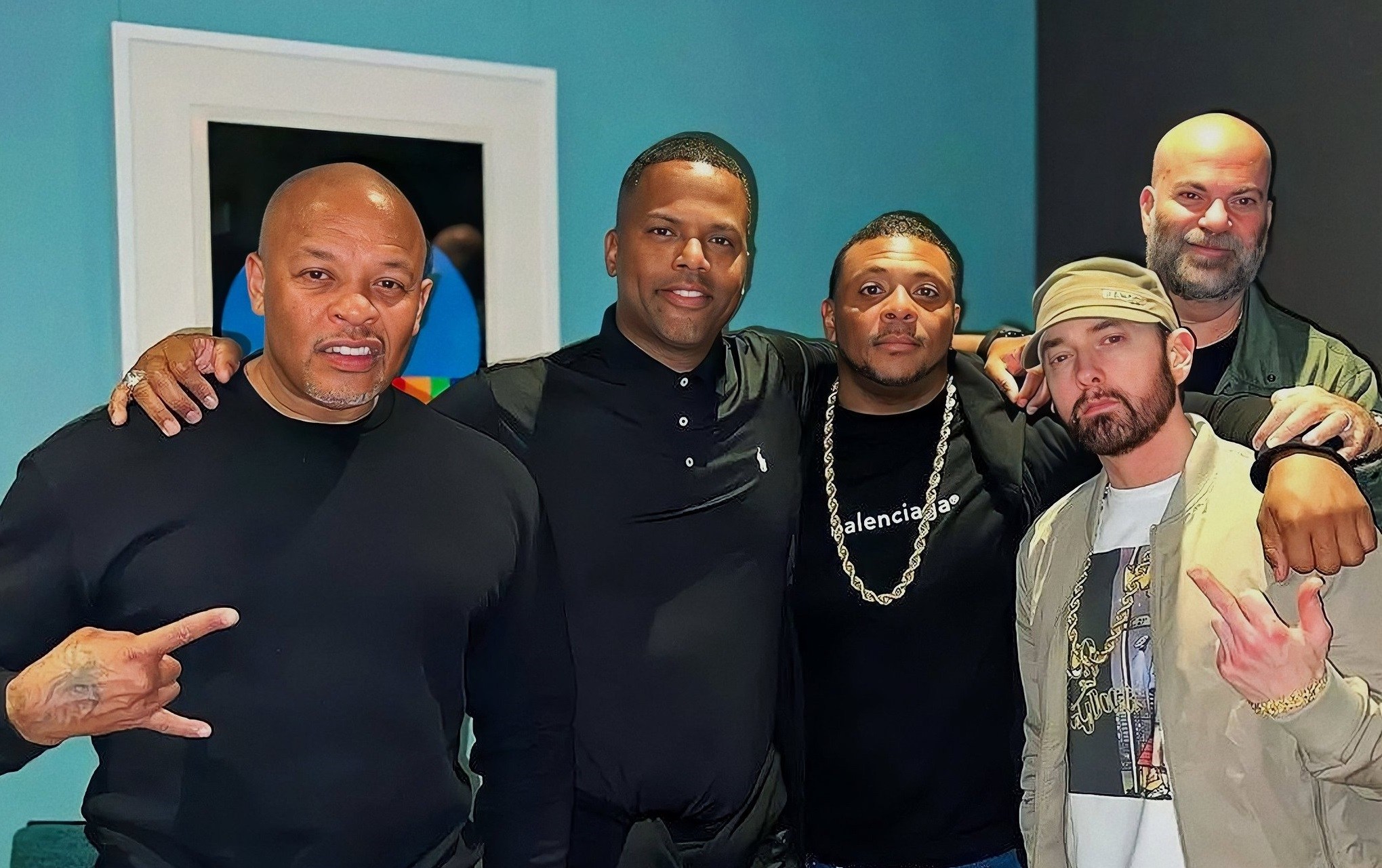 Blaine takes IN SPADES to new heights as he welcomed the audience suspended from helium balloons freely floating from the 85-foot-tall ceilings of the Theatre. Throughout the one-of-a-kind production, Blaine utilized the unique, state-of-the-art features of the Resorts World Theatre incorporating large-scale installations. The highly anticipated residency left audience members asking how and wanting more, as the legendary artist put on a performance unlike anything the Las Vegas Strip has ever seen.

A little video of Eminem in Vegas pic.twitter.com/9hNsaVmEYt

I was waiting but nothing was posted on the official @umg Accounts:
Marshall aka @Eminem as usual with his lovely gentleposition – with the incredible Producer Andre @drdre, Paul – we don’t see his face like this on his Social Media Accounts aka @rosenberg & @mRpOrTeR7 in Vegas pic.twitter.com/viGfUH1rI6