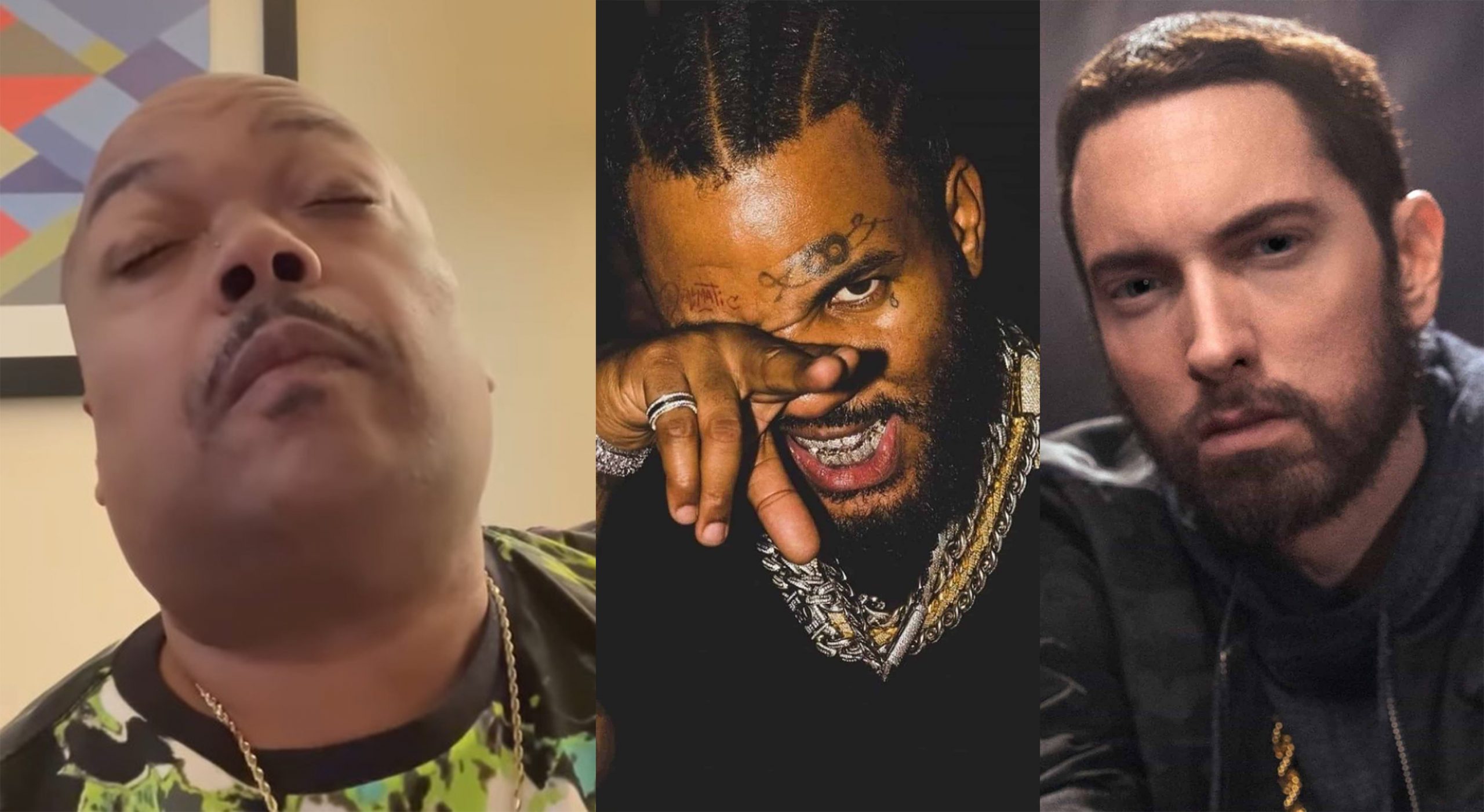 After claiming to be “better rapper than Eminem” and willing to prove it with a Versuz battle during 4-hour long Drink Champs interview, The Game has finally released most anticipated track “The Black Slim Shady,” from his new album Drillmatic: Heart Vs. Mind.

In the song the Compton rapper bites Slim Shady’s different flows and parodies some of his biggest hit songs. At over 10 minutes long, the song leaves room for Game to come for a few other emcees as well, including 50 Cent and legendary Dr. Dre.

“I like Eminem, he’s one of the f**king good MCs, great MCs. I used to think Eminem was better than me. He not. He not. He’s not. Ay, challenge it. It’s not drama!… Swizz [Beatz] and Timbaland know that it’s bigger than Verzuz. I’m not saying I want smoke with Eminem, I’m saying I want smoke with Eminem, him, and him, whoever.” previously said The Game.

The diss-track received mainly bad reviews from hip-hop fans and D12’s Bizarre reaction says it all. The Detroit rapper reacted in the same style as Machine Gun Kelly’s “Rap Devil” back in 2018. You can check the video below: