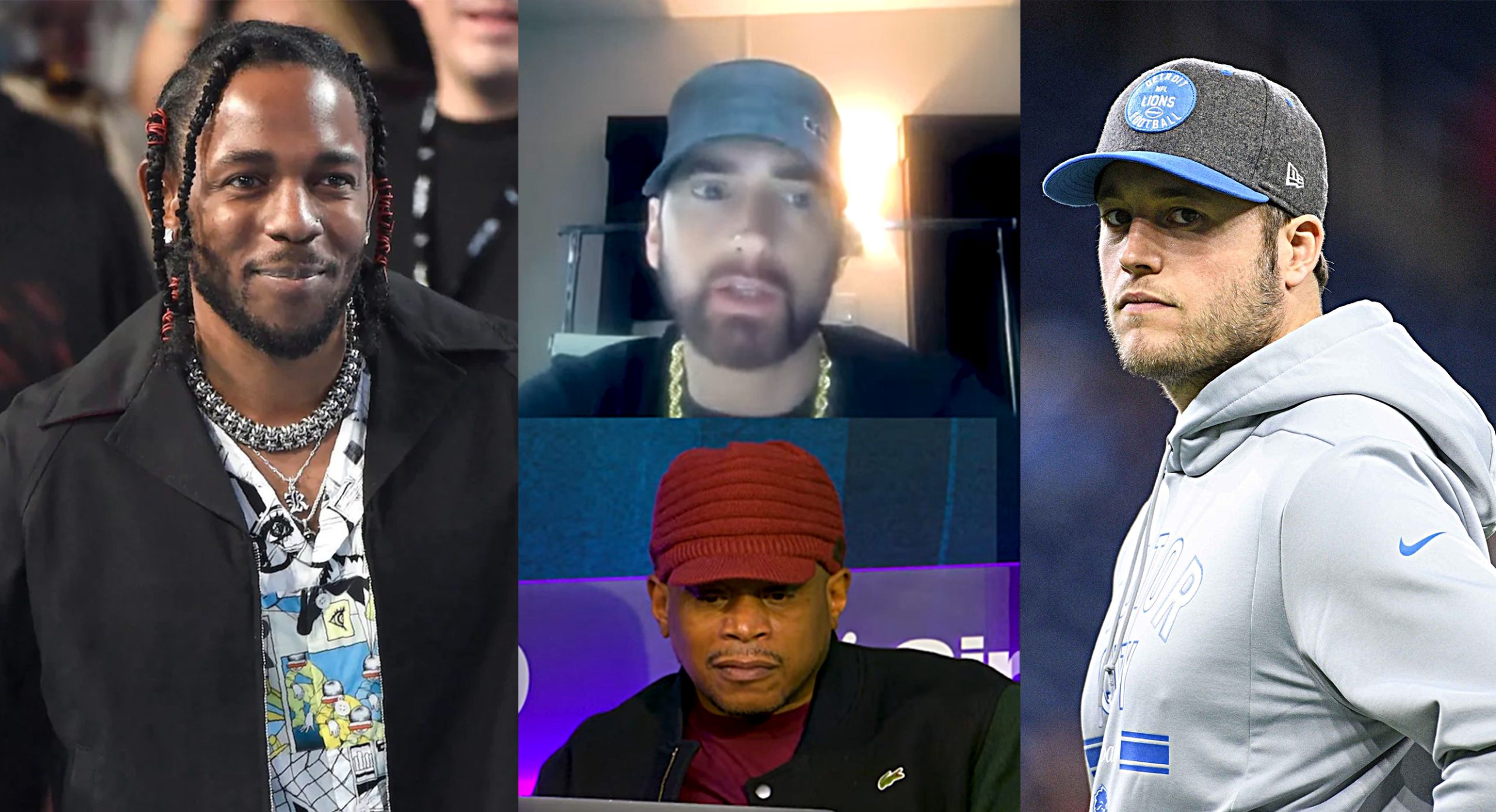 Eminem has recently sat down with SiriusXM’s Sway Calloway ahead of his upcoming Super Bowl LVI Halftime Show performance on Shade 45’s Sway In The Morning show.

During their conversation, Eminem spoke about how performing on live TV is nerve-wracking.

“It’s f**in nerve-wrecking. This is like, to me he there is nothing more final than live TV. If you f**k up, your f**k up is there forever.” says Marshall.

He also tells how he feels about Kendrick Lamar and how he felt when Dr. Dre first approached him with the Super Bowl Halftime Show idea. Eminem also told Sway Calloway that he’s rooting for the Los Angeles Rams because of Matthew Stafford’s Detroit connection.

“Kendrick Lamar is very top top tier of lyricist, not just this generation but all time.”

Check out all the clips Sway has shared so far below and stay tuned for the full interview!