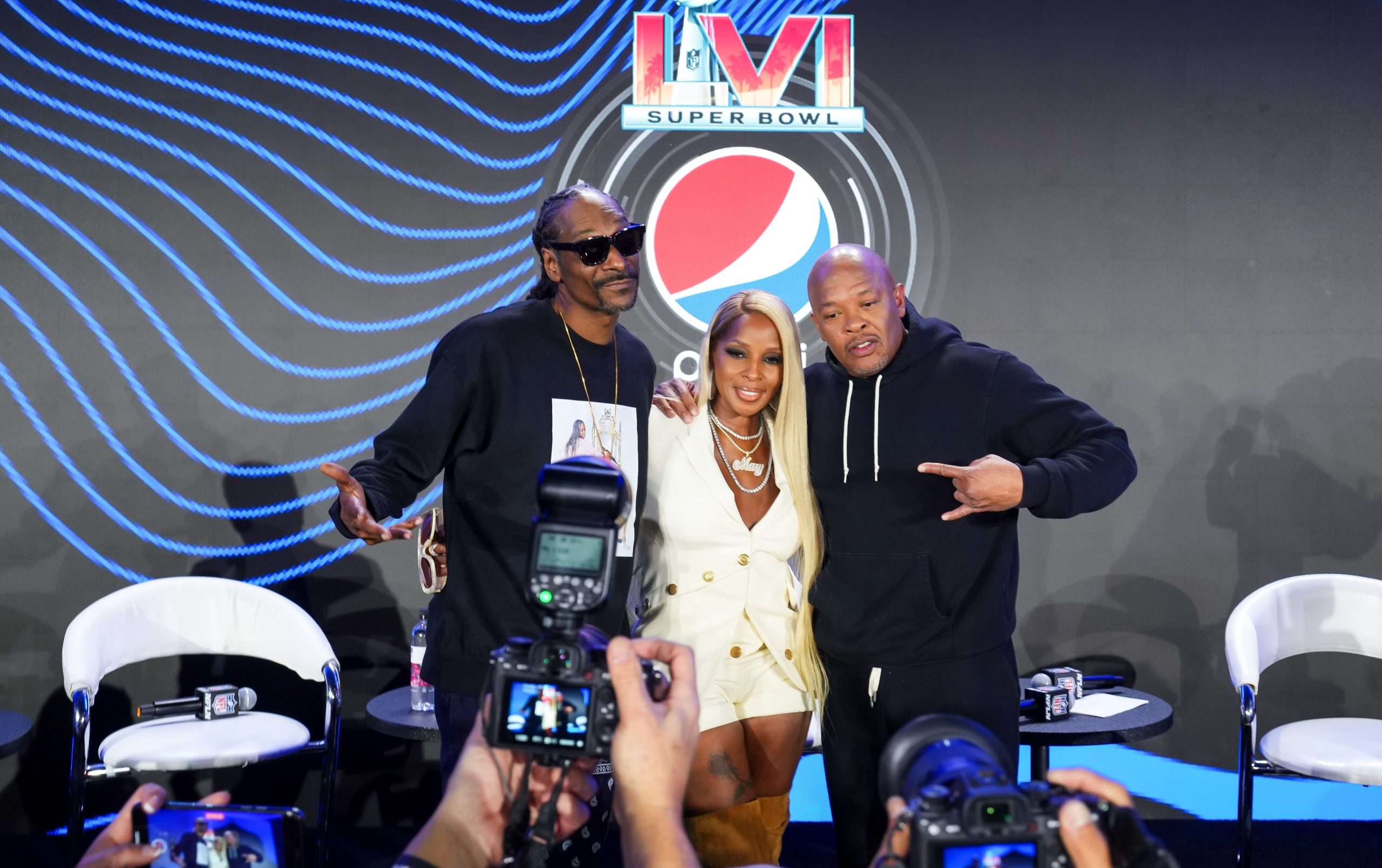 About an hour ago, Dr. Dre, Snoop Dogg and Mary J. Blige held the Super Bowl Halftime show press conference where the three icons of music industry talked about their plans and surprises during the upcoming show in LA.

“Who else could do this show here in LA, who else could perform the Halftime Show other than these amazing artists that we put together for this thing?” Not only that, I’ve been manifesting the Rams, since the beginning of the season, I’m just thinking about it every day, I’m meditating on it and I’m like: ‘Okay, it would be perfect if we are in the Super Bowl performing and the Rams are in the game as well.'” said Dre during the conference.

A cultural icon in Los Angeles promises surprises during the show but he did not reveal any further detail.

Dre also joked he had dissuaded Snoop Dogg and Eminem from any provocative displays during the performance.

Watch the full press conference below: