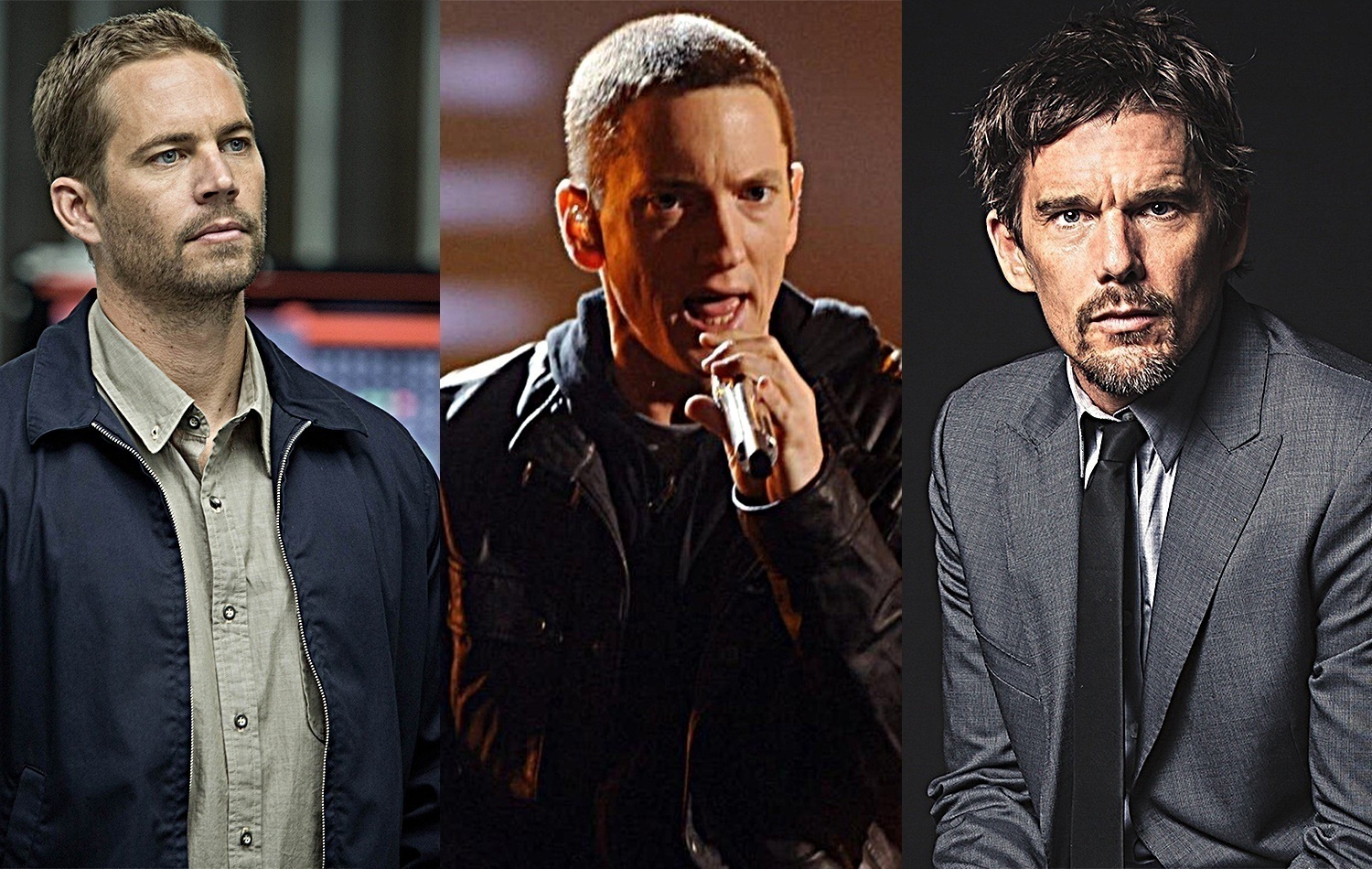 Eminem’s 8 Mile was huge success but people rarely know that Slim Shady was offered leading roles in several other movies but he turned down every one of them for different reasons. You can check the list of movies rejected by Eminem below:

The main role was first offered to Ninja, a South African rapper, who despite being a fan of District 9 (2009) (he has a D9 tattoo on his inner lip) did not take the role. The role was then offered to Eminem, who was interested — but only if the shoot took place in his hometown of Detroit but the director could not so Eminem also turned it down. So Neill Blomkamp moved on to Matt Damon as his next choice.

Eminem was originally scouted for the role of Antoine Fuqua’s boxing film Southpaw, which he accepted and started filming. The movie had to be put on hold as Eminem wanted to focus on his music career, so the role was then given to Jake Gyllenhaal. But Eminem still stayed involved in the movie as he made the soundtracks album.

Matt Damon and Brad Pitt were previously attached to play Diky Eklund, but the role went to Christian Bale, who went on to win an Academy Award. Before Bale’s casting, Mark Wahlberg talked to Eminem about taking the role, but Eminem ultimately declined to focus more on his own music.

Eminem was offered to play rookie cop Jake Hoyt. He turned it down due to the development of 8 Mile (2002), and had to stay available for that. Instead, Ethan Hawke took the part and was nominated for the Academy Award for Best Supporting Actor. Eminem was nominated and won an Academy Award the following year for 8 Mile (2002), in the Best Original Song category for the iconic single “Lose Yourself.”

Mark Wahlberg, Christian Bale, and Eminem were all considered for the part of Brian O’Connor before Paul Walker was cast. Eminem turned it down because of the same reason as “Training Day.”

Christian Bale was already being rumored to play Batman, while Jude Law and Josh Hartnett were considered for Superman. Director Petersen also indicated he would be open to Matt Damon playing either role. The most memorable casting rumor at the time had Eminem potentially playing Batman, following the massive success of 8 Mile movie. This is not actually Eminem rejecting the role but heavy rumors were going on at that time. Finally Warner Bros. scrapped the project and 12 years later, it was finally released with Ben Affleck playing the Batman.

Eminem once turned down an $8 million movie offer because the script was not gritty enough. He was approached by 50 Cent with a proposal for a crime film in which the two hip-hop stars would play rival gang leaders in Eminem’s adopted hometown of Detroit, Michigan.

However, Fifty astonished his pal by turning down the offer because he wanted a script more reminiscent of controversial 1979 street gangs movie The Warriors.

“It was a film where we were supposed to be playing two guys from different sides of the tracks. I’m like the head of this gang in Detroit and he’s the head of another gang. His thing was he didn’t like to leave Detroit… So I said, ‘Hey, they want to give you 8 million dollars to do it and we don’t have to leave Detroit, so you can go home every night!’ “He read the synopsis and was like, ‘It’s cool but we should do something like The Warriors.’ I said, ‘The Warriors? What the f**k, Em? The Warriors? Did you just hear me say they want to give you eight million dollars and you don’t have to leave Detroit?’ He didn’t give a f**k.”  – Told 50 Cent to Q Magazine.