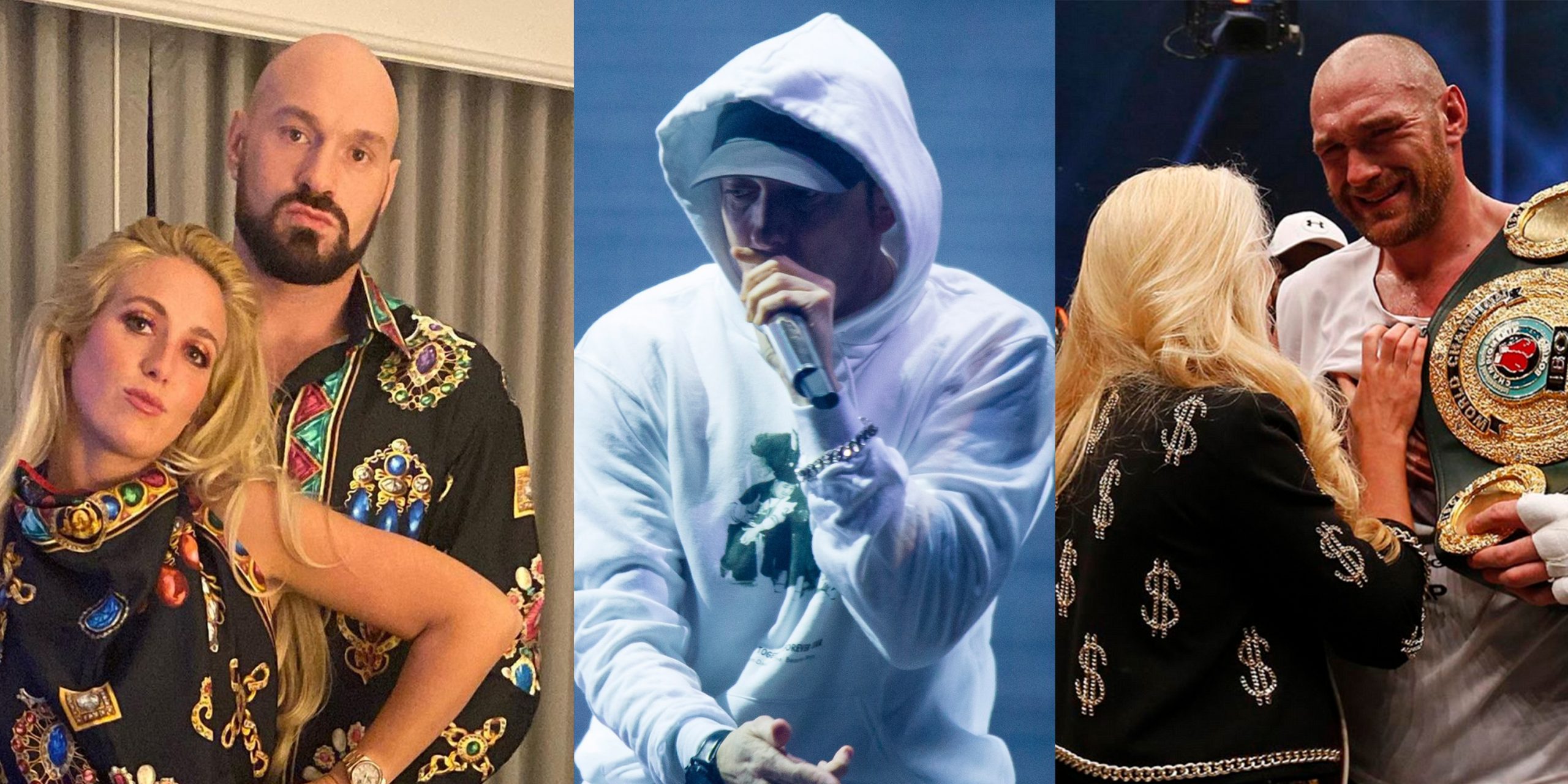 After stopping Denotay Wilder and defending his title, Tyson Fury and his wife celebrated the win along with Eminem’s smash hit “Lose Yourself” at pool afterparty on Monday.

The notorious The Gypsy King had to pick himself up off the canvas twice in the fourth before he rallied to beat Wilder.

After retaining his WBC Heavyweight Championship the boxing legend went out into Sin City and after a short period of break, the celebrations carried on the next day.

As Eminem’s legendary track was playing in the background, the cameraman asked the undefeated heavyweight whose next on which Fury responded: “Any motherf***** born from his mother!” while his wife passionately rapped the song.