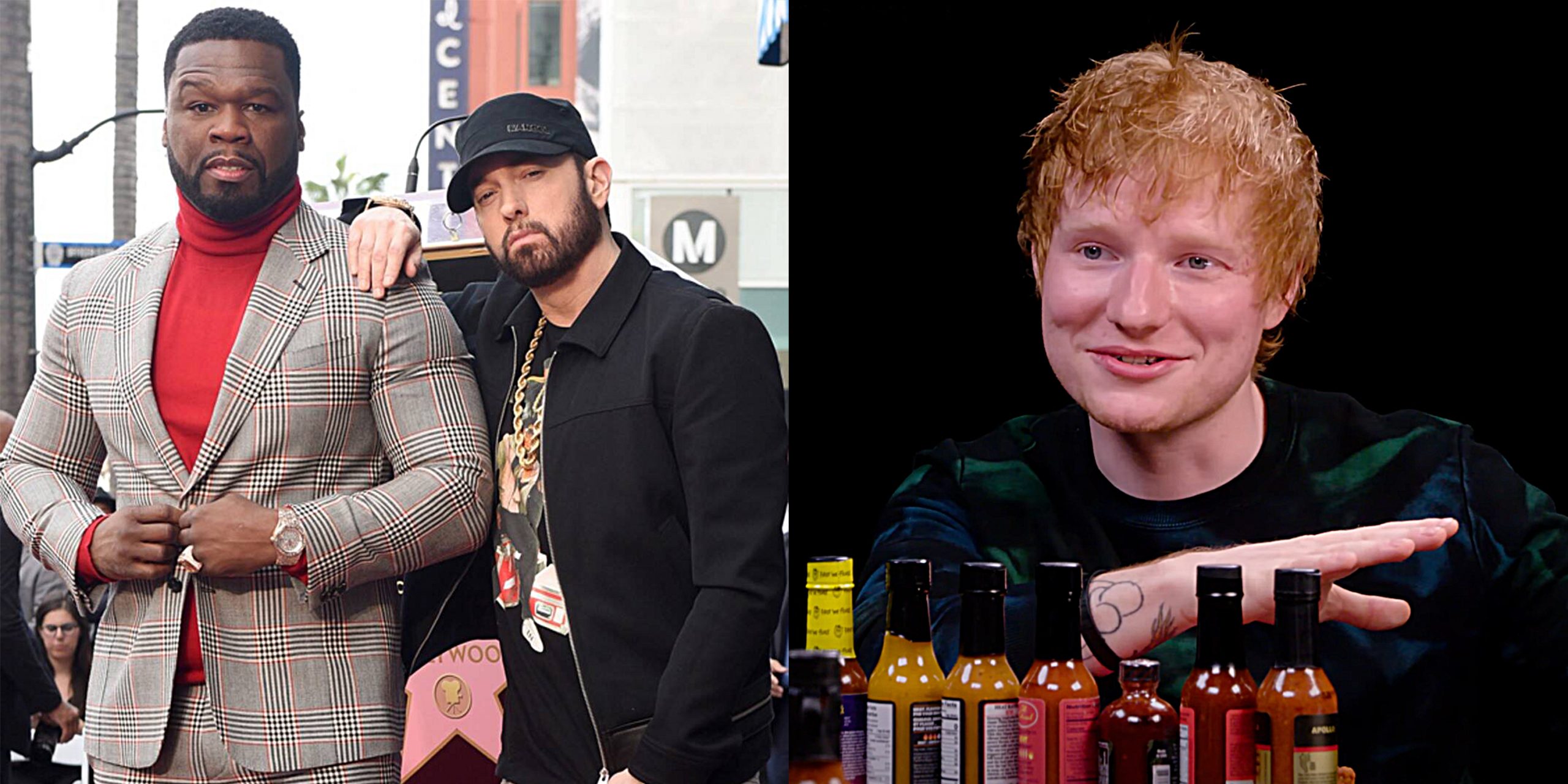 Ed Sheeran chats about everything from salvaging Eric Clapton’s guitar from a fire, to collaborating with Eminem and 50 Cent, to the time he brought Courteney Cox to Tesco at Hot Ones on First We Feast.

At one point, the British superstar was asked to tell a bigger story behind his song “Remember The Name” featuring Eminem and 50 Cent.

“I’ve done a song with Em for his album. And then I put together the collaborations project. I sort of asked him, I’d love to get 50 on it, and he was like ‘yeah no problem, I’ll get Fifty on it.’ And I remember, 50’s gonna probably disagree with that but, I was walking into the Wembley dressing room where we were presented the plaque. And I don’t think Fifty had a f**king clue who I was. I think afterwards he was like ‘oh, Shape Of You.’ But you could see in his eyes he could not recognize me.” says Ed Sheeran while laughing.