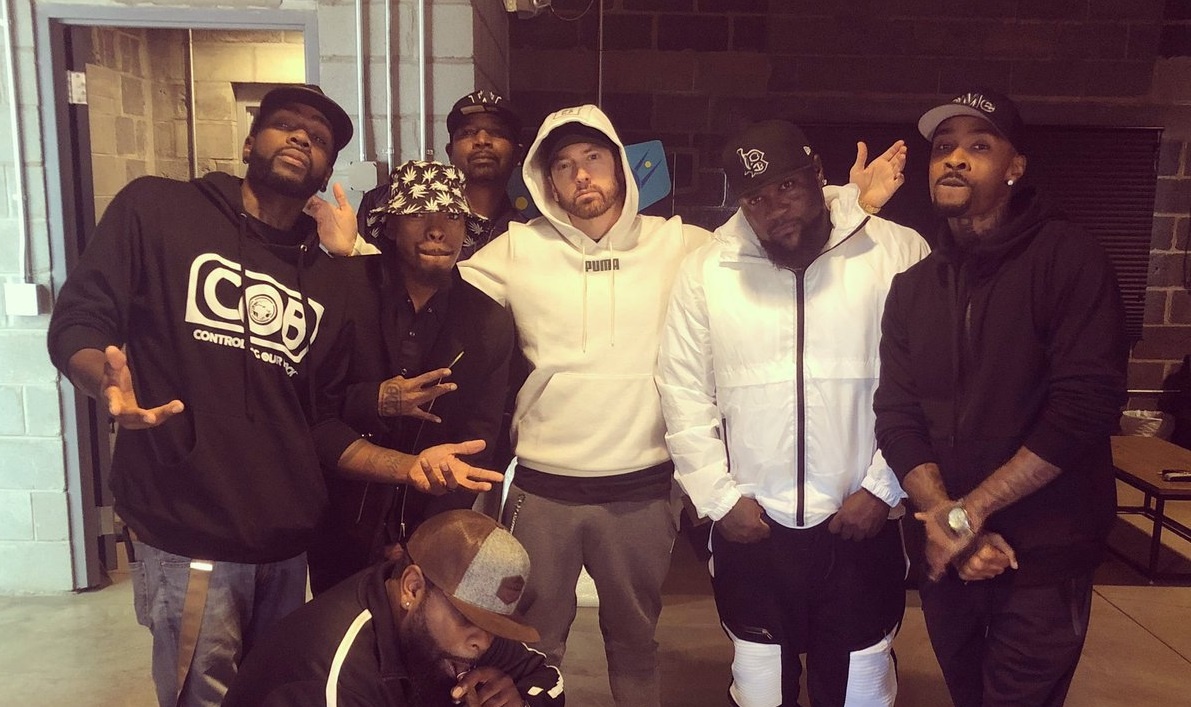 Horseshoe Gang is back with a new song and video, titled “Who’s The Best Rapper.” In the song, Kxng Crooked’s brothers show love and respect to legendary hip-hop artists like Eminem, Ice Cube, Jay Z, Rakim and others.

Demetrius kicks his verse with the following lines:

When ya’ll say “best rapper ever” y’all forget about Ice Cube
In “Ni**as With Attitude” he was that dude
When it came to Eazy-E, Cube wrote all his rhymes
And ‘No Vaseline” is the best diss record of all time
And when it come to white rappers, you gotta start with Em

[Demetrius]
Yeah that was dope as fuck but just let me make one point
Eminem said he’s “stopping a limo, hopped in the window”
And he’s “Shopping his demo at gunpoint”
Oh yea and he said he’s “Zoning off of one joint”
And Cube said he’s “got a murder rap that’ll keep ya’ll dancing
With a crime record like Charles Manson”

Bump the new track below: