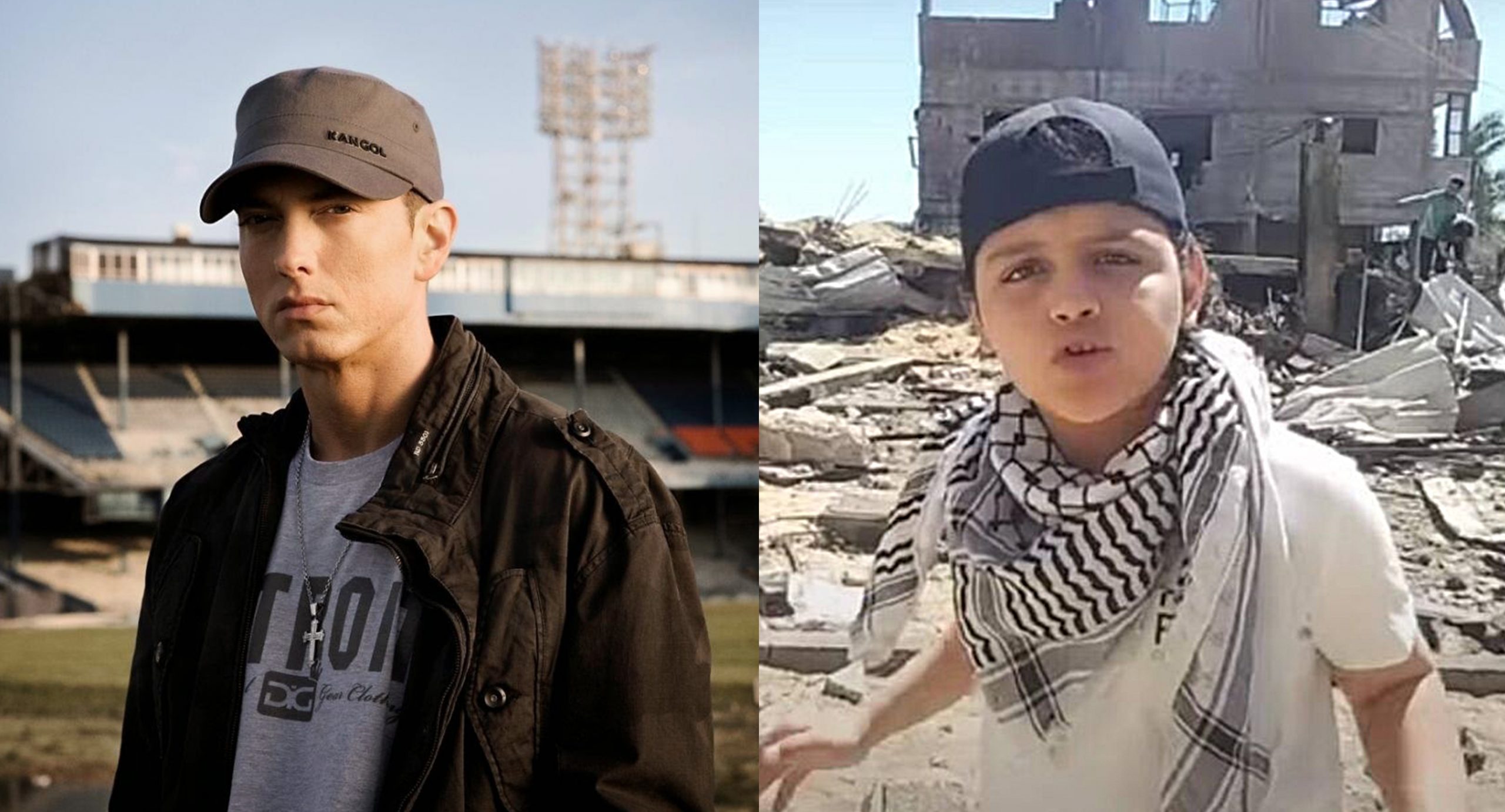 A young rapper from Gaza has gone viral, after penning and performing a 1 minute and 30 seconds free verse about the current Israel-Palestine crisis over one of Eminem’s iconic beats.

In the track, assisted by Irish producer Garraí Mac, also known as GMCBeats, the 12-year-old MC, who goes by the name MC Abdul delivers impassioned bars over the beat of Eminem’s  2002 hit song ‘Cleanin’ Out My Closet’ from The Eminem Show album.

The young MC raps for about a minute about the violence the territory has experienced throughout the crisis, which according to the New York Times has killed at least 227 people in Gaza and 12 in Israel.

“Music is what keeps me going. Stay safe everyone. All we want is peace.” – raps the kid. The video has collected millions of views on different social media platforms in few days. You can watch it below: