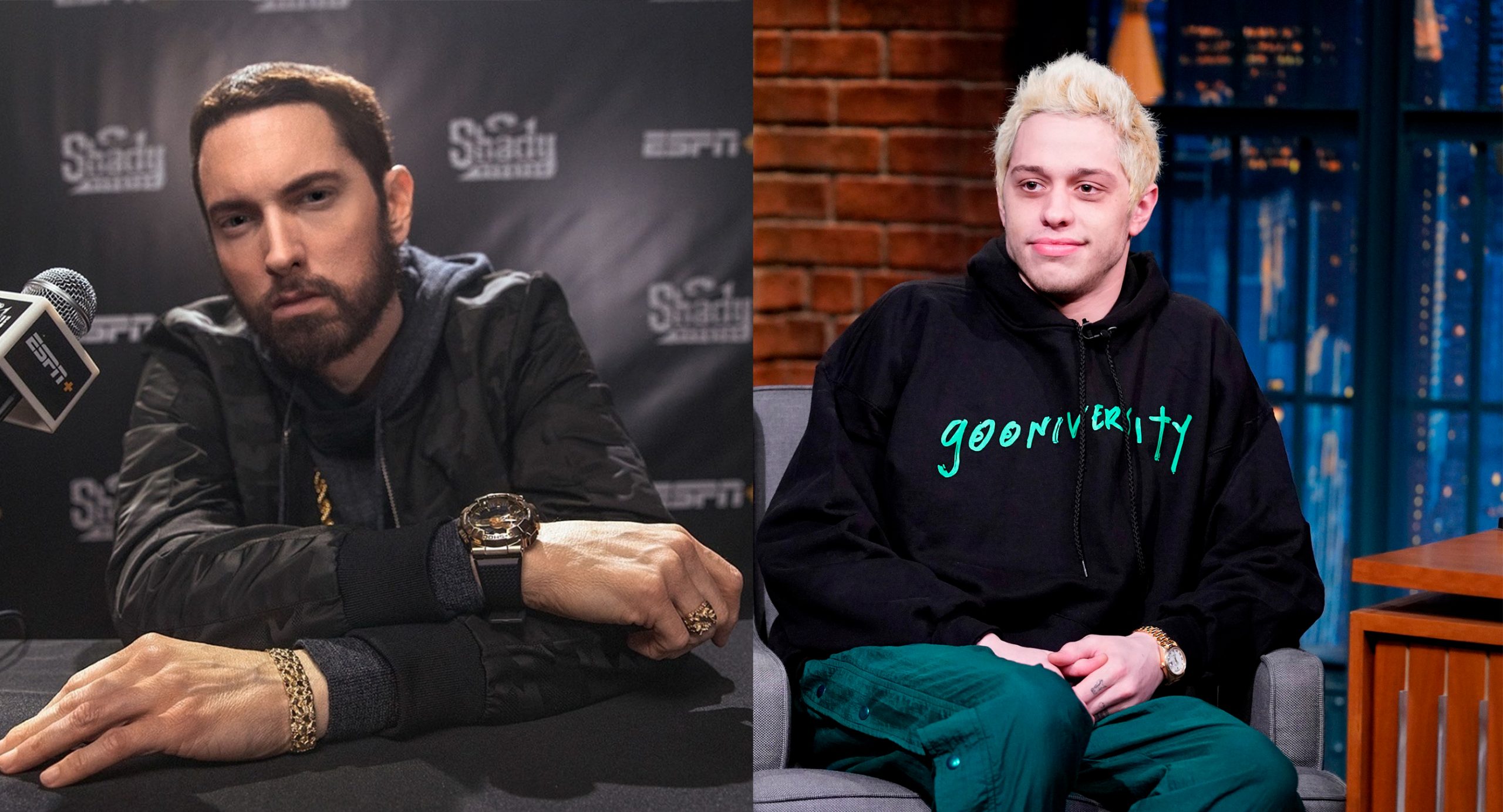 Comedian Pete Davidson has recently sat down with Seth Meyers on his Late Night Show where he revealed he phone-called Eminem after his SNL performances, impersonating Slim Shady.

“Those skits were written by the great Dan Bulla and Steven Castillo, great SNL writers, and Chris Redd. Eminem said a couple of nice things about me, and I, of course, heard them. I reached out and I was like ‘I would just like to say thank you’ and I just hit him up and said thanks, and he was like ‘yeah, man, you really did that. When I saw STU on the script, I was like, I do not know how it was going to go, but after you did that, it was fire.’ I was like, ‘Oh, thank you so much, you are the coolest,’ and then I just hung up as quickly as possible. That is all you need. You do not want anything more.”

Pete Davidson portraited Eminem in parodies of “Stan” which also had a cameo from Eminem, and “Without Me” featuring Jack Harlow.

Watch the new interview below: