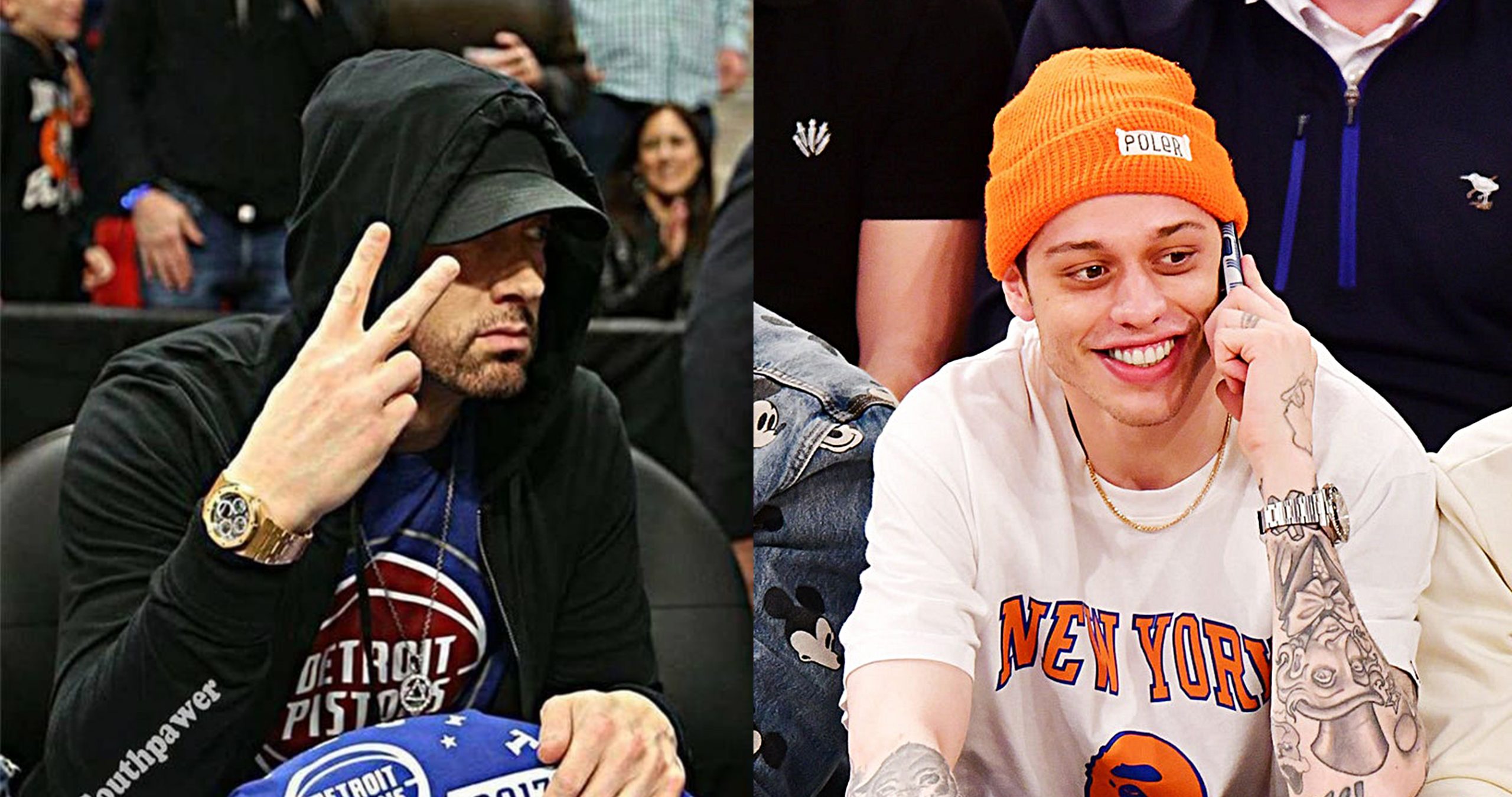 During the Clubhouse chat with DJ Whoo Kid, Eminem talked about Pete Davidson and his Eminem skits that have aired on SNL recently.

“I was not involved in that Pete Davidson ‘Without Me’ spoof on SNL. I was surprised by it but I was not involved. We were involved in the ‘Stan’ one. Shout out to Pete Davidson man. That dude is f**king incredible. He is f**king hilarious. The way he does those skits, you know, mocking the songs of mine…man, he sold that s**t. He’s super talented, man. That dude is super f**king talented.” said Eminem.

At the end of the conversation, Eminem joked that he would give Whoo Kid some ‘s**t that’ that he ‘has not yet written’ to drop it. Watch the video below: