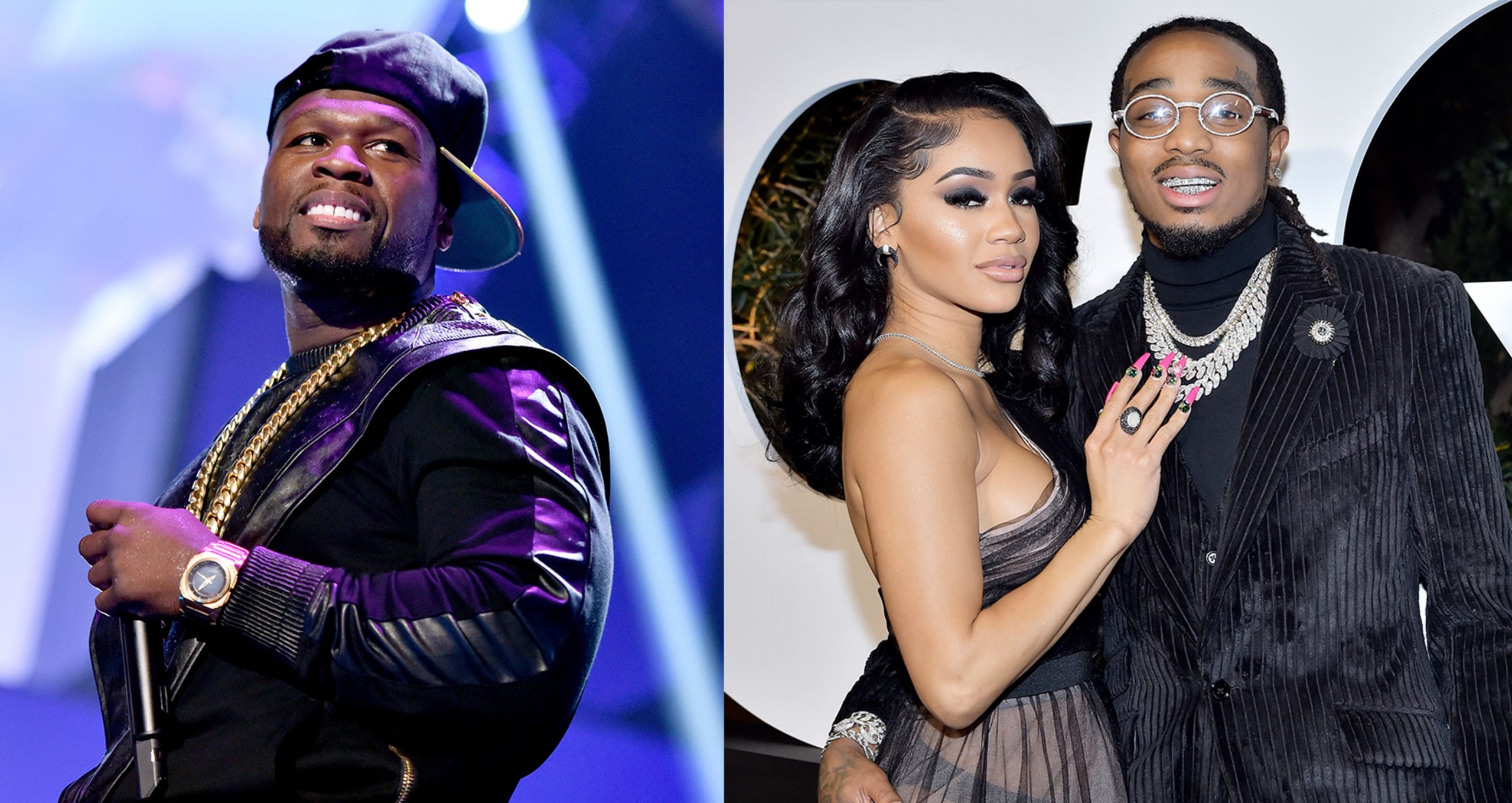 Everybody knew it was only a matter of time before 50 Cent gave his three cents once Saweetie confirmed that she and Quavo have ended their relationship after over two years being together.

Yesterday, 50 posted a photo of Quavo with a caption that reads: “B**ch! you went where, and said what to who? oh no you gotta go call you a Uber. LOL.” but is unclear what his comment references to exactly.