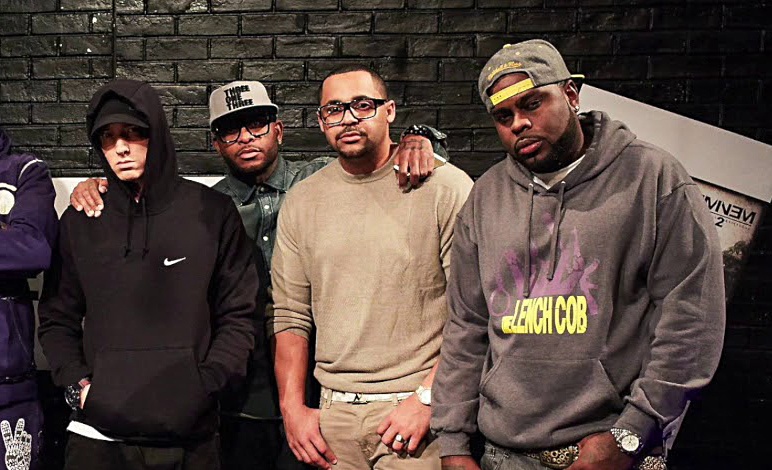 During a recent interview with Marisa Mendez on HipHopDX, Royce Da 5’9″ was surprisingly joined by Joell Ortiz where the two proceeded to stroll down memory lane, reflecting on their Slaughterhouse, reuniting on Eminem’s “I Will” for Music To Be Murdered By album, and sharing a few thoughts on the Griselda movement:

“Griselda did not necessarily get more mainstream attention than we did. We actually released an album. It was two totally different journeys. I do understand the comparison.” said Royce and Joell added: “They anti-establishment, like we are.”

Then the two talk about “I Will” song: “That song was a joint we did a long time ago. Em just went back through it, cause he does that sometimes. Especially if we go to his studio to record it, nobody will take a copy of it. It’ll be something that exists in his world. When he called me and told me that he wanted to use it, I was like f**k, I know he ain’t gonna let me change my verse. But then I heard my verse and thought, okay, that’s cool.” said Royce.

“I thought the exact same thing Royce. I hadn’t heard it in years. It definitely held up.” added Joell Ortiz