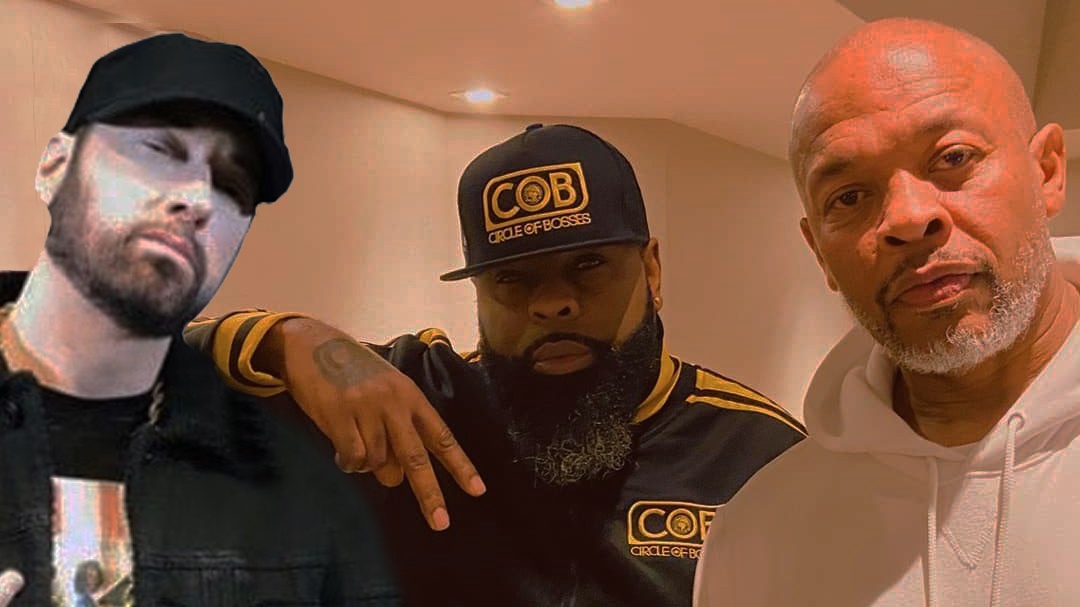 KXNG Crooked has recently sat down with Math Hoffa’s latest episode of  ‘My Expert Opinion’ series where the Death Row legend remembered the times when he was asked to diss Eminem and Dr. Dre:

“We just talked about me being on Death Row Records and to slide over there and to be able to… Being myself. I always tell artists to do this. It’s a life jewel, really, but for artists, in particular, be yourself. I was on the radio, live with Ja Rule, Irv Gotti, and Ja played that joint “Loose Change” that he had dissing Eminem where he said uh some real crazy stuff about Em’s daughter and all that. He premiered it on the radio, and you know, it was lit, he was at it. And the host was like, ‘Yeah, so Crooked, you’re up next. You’re about to send some shots to Dre and Em, you got something for them?’ And I was like, ‘Nah, that’s not my beef. I just got over here, you know. I’m trying to make great music. I’m trying to bring that back to the W. That’s my focus, Yo, Dre is the greatest producer ever. Sounds like Em got bars and all that’. The gist of what I was saying was I don’t believe that Suge brought me to Death Row to be a wind-up doll, go after people, and to be a paper soldier. I believe that it was something deeper than that, and I don’t have any problem with these guys. I don’t even know what this whole shit is about, I just got here. What I’m gonna do, just jump in?”

“And little did I know… I was at record store Fat Beats. I was about to do this mixtape called Young Boss vol. 1, and half of the beats was going to be Chronic 2001 beats, and the other half was going to be DJ Premier beats. So I went to Fat Beats, got The Chronic 2001 instrumental vinyl, and my phone rang. That was Dre. I was off Death Row at the time, and he was like, ‘Yo, I heard you that night when you was on the radio. Me and Em was listening’, or some to that effect. And he was like, ‘Yo, you never took a shot. Every time they try to get you to shoot at me, you never did’. And he said, ‘I respect the f**k out of that. So, you know, you want to get down, holla at me’.”

“I truly believe that that night is one of the reasons why I was able to have a Death Row past and still be able to go over there to Shady and have a future, and it’s all good. It would have been easy for me to say, ‘Hell yeah, f**k them ni**as, let’s go’. That was easy. But I was like, ‘Nah, I’m not gonna do that’. And that’s just what was on my heart.”

Listen to the full interview below: