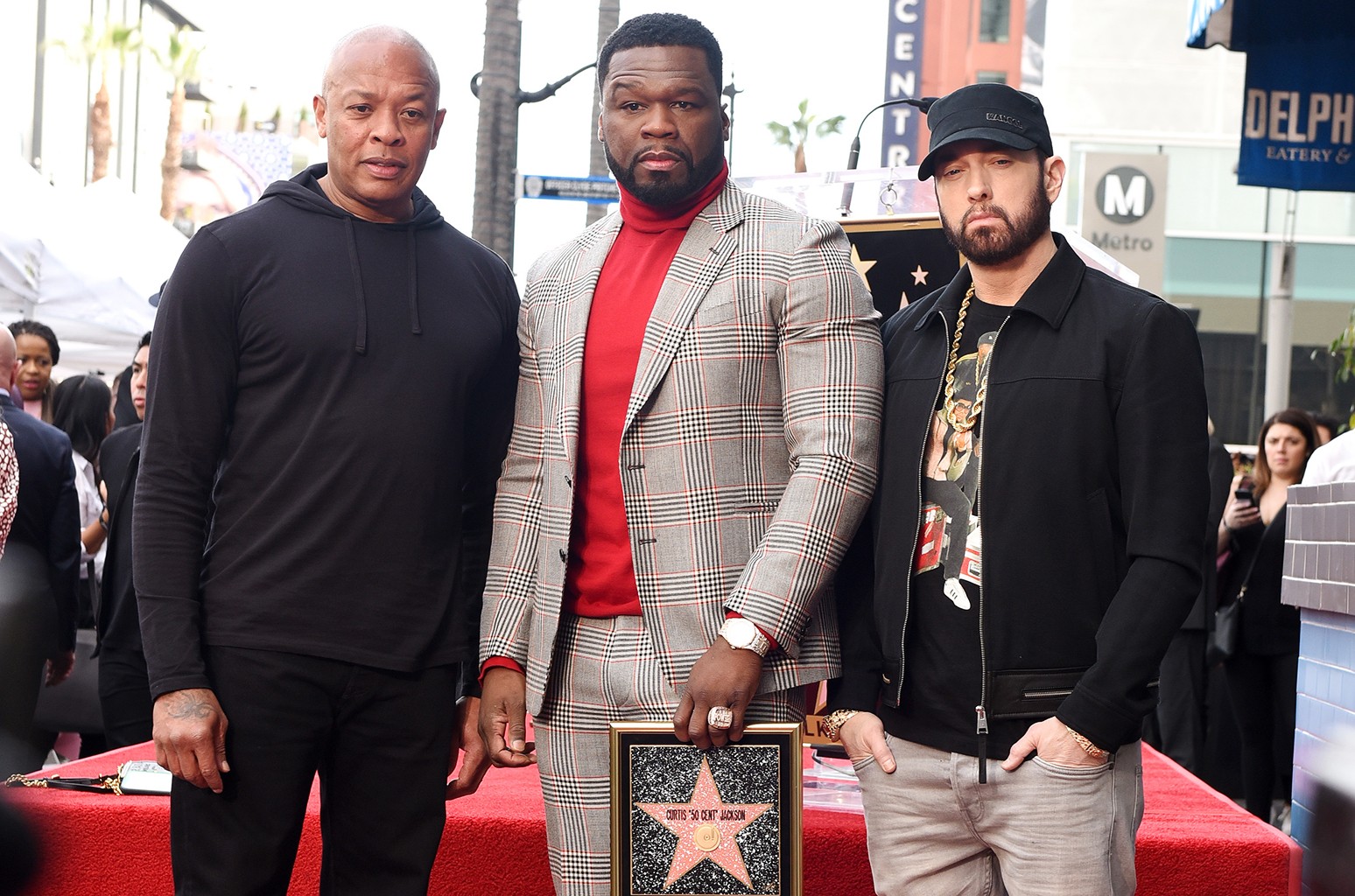 One of the most prestigious magazine in the world, Rolling Stone has just updated their list of “500 Greatest Songs Of All Time.” They also noted that the list was created from over 250 artists, writers and industry figures who participated in a poll of over 4,000 songs. Check the list below.

Rolling Stone: 50 Cent’s rhyme skills caught the notice of Dr. Dre and Eminem, who helped assemble this party track. “50 walked into the studio and picked up a pen,” Dre said. “We were done in an hour. We just made some shit we wanted to hear.”

Rolling Stone: No one wanted to record “No Diggity.” Teddy Riley introduced the idea for this R&B rump shaker to Aaron Hall during failed reunion talks for their pioneering New Jack group Guy; Hall passed. Riley’s then-current group, Blackstreet, didn’t like it either: He had to persuade them to do it, even singing the first verse as encouragement. With its old-school harmony vocals and a sample of some Bill Withers acoustic guitar, “No Diggity” became their biggest hit and a guaranteed floor filler ever since its release.

Rolling Stone: There are a few myths surrounding the creation of 2Pac’s biggest hit. One claims that Dr. Dre made the beat during a barbecue at his Calabasas, California, home, and 2Pac jumped in the booth and dropped his verse in a few minutes. Another claims that Dre intended the track for his follow-up to The Chronic, but Death Row don Suge Knight coerced him into giving the single to Pac — whom he had just bailed out of prison and signed to the label. Regardless, “California Love” represents gangsta rap at its most flamboyant and cinematic.

Rollin Stone: N.W.A came in with a bang, kicking off their debut album with this West Coast gangsta attack, changing hip-hop forever. “Straight Outta Compton” cranked up the violence to previously unheard of levels, with DJ Yella and Dr. Dre’s explosive production and Ice Cube boasting “Here’s a murder rap to keep you dancin’/With a crime record like Charles Manson!” It takes only three lines for the first weapon to get fired. “Straight Outta Compton” was an instant sensation, claiming L.A. as rap’s new capital. As Chris Rock said, “It was kind of like the British Invasion for Black people.”

Rolling Stone: Eminem’s scariest song is rooted in a terrifying nightmare: What if the rapper’s violent, self-destructive lyrics could drive an obsessed fan to murder? “He’s crazy for real, and he thinks I’m crazy, but I try to help him at the end of the song,” said Eminem of his character. “It kinda shows the real side of me.” Anchored by a sample from Dido’s “Thank You” (which became a hit itself as a result) and augmented by a haunted house’s worth of sound effects, “Stan” proved that Eminem understood the dark side of his music better than his worst critics did.

Rolling Stone: With this song, the long-standing battle between young Black men and the LAPD was placed out in the open for white America to see and hear. The confrontational L.A. crew’s label, Priority Records, received a bulletin from the FBI denouncing the song for encouraging “violence against and disrespect for the law-enforcement officer”; the promoter who booked the group’s next tour imposed a contract that the band would be fined $25,000 if it ever played the song live. But as MC Ren told Arsenio Hall, the song was more about venting than threatening: “Once in everybody’s lifetime, they get harassed by the police for no reason, and everybody wants to say it, but they can’t say it on the spot ’cause something will happen to ’em.”

Rolling Stone: Few rappers can throw themselves into a character as fully as Eminem, but for the relentlessly striving anthem to his not-exactly-autobiographical film debut, 8 Mile, the rapper said he struggled to find a voice for his alter ego, Jimmy “B-Rabbit” Smith. “I have to make parallels between my life and his,” he wrote. “That was the trick I had to figure out — how to make the rhyme sound like him, and then morph into me somehow, so you see the parallels between his struggles and mine.” Ditching his persona shifts and shock-rap gags, Eminem turned in a track as earnest as an Eighties-soundtrack fist pumper.

Rolling Stone: At the intersection of past and future West Coast hip-hop sits Dre’s debut solo single, a smooth and inimitable kickback classic that would help define his career following the demise of N.W.A. In a radio interview, the producer and rapper revealed that the song originally sampled a track by Boz Scaggs before he settled on the bass line from Leon Haywood’s 1975 hit “I Want’a Do Something Freaky to You.” Snoop was in jail while Dre was recording, so he had to originally record his parts over the phone. “I really wanted this demo done, so he called in and I taped the receiver of the phone to the mic,” Dre recalled. “You can hear jail sounds in the back.”